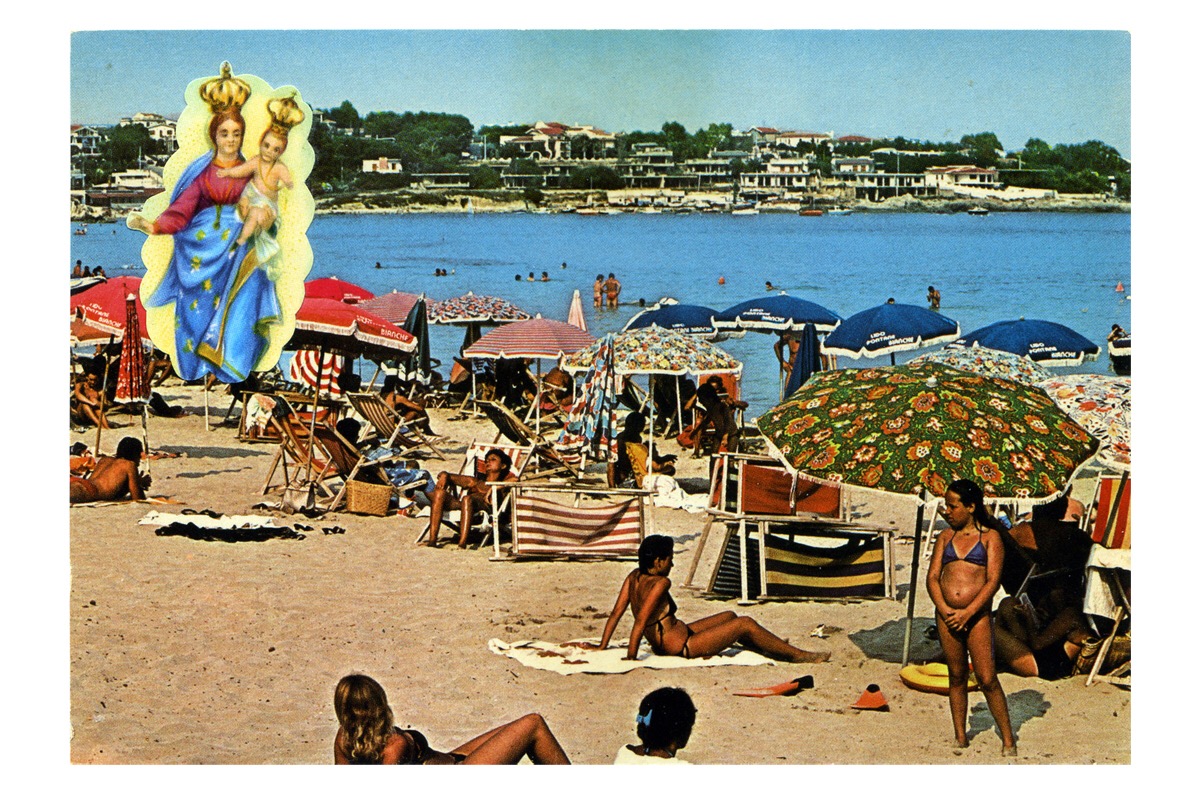 If it is true that art never goes on holiday, then the artist does, and he tends to make a tourist a bit snoby. Looking for places of escape that are also of election.
Instead Angelo Formica simply returns home, to Milazzo. And now the arcane is unveiled. For an artist so intrigued with the flavors and colors of Sicily, going back home always means conparing with himself. The sunspension of work (largely developed in Milan) converges and overlaps with the original places where work has been fed and from which it has germinated. The holiday does not decline so in vacuity and instead it rises to the rank of contemporary regeneration ritual.
With this new exhibition Angelo Formica expand one of his debut themes: tourist postcards of seaside resort, especially Sicilian. Formica intervenes on postcards through minimal but significant collages, so he realizes ex-votes that tell about places of origin that are the also places of illumination, especially during the holiday. The postcards sanctfied by Formica, thus acquire an almost similar function to that of the holy picture for the religious ritual, which in the cadenced rhythms of Sicilian life burst into the freshness of the eye.
The holiday is so protected. Work also, and consistent with the fluidity of the medium, is not shown in the gallery but posted on their Facebook, Pinterest and Twitter pages by Angelo Formica. One work per day for 21 days. Therefore, with the help of technology, new horizons can be opened. (Luca Tomio, 2013)